Blu needs a plan. She returned home to settle and get her life together, but so far her life has revolved around one drama after another and she hates being stuck in this kind of rot. If matters aren’t bad enough she is being whizzed to her sister’s estate in Oxfordshire, by her brother. Dear sister Abi. They can only tolerate each other in small doses yet her brother thinks it would do her some good to be around her perfect sister with the perfect life. Of course.

‘You’re nervous.’ Leke says as he turns the car into the lane that leads to Abi’s property.

‘I don’t like being around Abi, you know that.’

‘She’s your sister. What is it with you two?’

‘She’s… difficult. Judgemental.’ Blu smooths her high bun for the millionth time, when she is nervous she touches things, smoothing and fussing over them unnecessarily. There is only a year between her and Leke, six between Abi and her. They don’t much get on, their relationship is frigid and Abi has a way of making one feel like an outsider, looking from within her idyllic life in the English country side. Blu hates that. Leke is unbothered by it, he is a love, her brother, the glue that holds them together really.

‘Why should she judge you?’

‘Compared to hers, my life is a shamble. Why shouldn’t she?’

‘And I think you’ve been smacked around your head a few times if you think I am making it up.’

‘I know what she’s like, but she is also family.’

‘Hello you two!’ Abi is at the door to welcome them, one child on her hip and another standing beside her. Dressed in a floral tea dress, riding boots and a Burberry trench, she looks like an ad for Ralph Lauren. Fly away hair, glistening brown skin and two adorable children. Picture perfect as always

Abiyewa Braithwaite, former model and now fashion industry contributor. She was the hot model on the scene for ten years, from the age of sixteen. At twenty-six she met George Jorgenssen, heir to a Swiss dynasty, they got married shortly after and upsticks from London to the country to live on this sprawling estate to continue being waited on, hand and foot. Abi never has to work a day in her life if she doesn’t want to, her life is picture perfect, complete with the white picket fence surrounding the house which sits on acres of farmland.

Blu smooths her dress and swallows the lump in her throat, as she lets herself out of the car, ‘it’s only for today Blu, only for today.’ 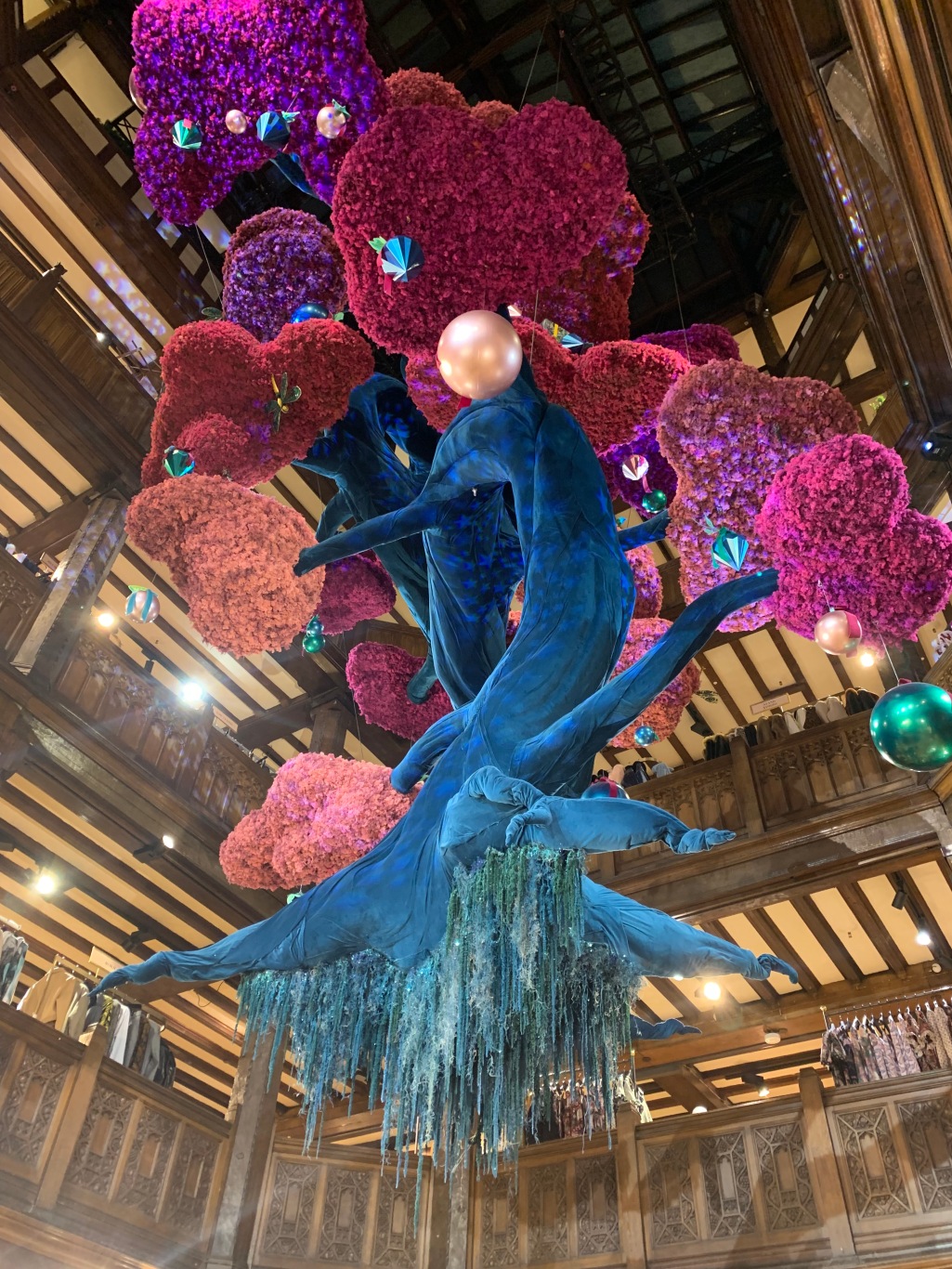 Arthur her six year old nephew is the first to give his aunt a bear hug as Phoebe her two year old niece struggles to leave her mother’s hip.

‘Aren’t you a sight for sore eyes.’ Abi and Leke exchange a hug and Phoebe transfers over to her uncle. ‘Hey sisi.’ Abi refers to her nickname for her little sister.

Abi walks them into her gorgeous farm house; vaulted ceilings with beams, stone walls wooden floors, a roaring fire place and two grand staircases that flank the entry way. It was named one of the most beautiful houses in Britain by Architectural Digest and is the scene of many parties and swish gatherings.

‘How are you?’ Abi takes their coats and hands them to the butler who was waiting to welcome them. ‘Tea’s in the veranda.’

Arthur scuppers away on his bike having had his feel of his aunt and enough of his mother, whilst darling Phoebe stays close to her uncle.

‘He’s in Switzerland for the week, family thing. How long have you been home?’ Now rid of her riding boots and coat, Abi takes one of the arm chairs and tucks her legs beneath her.

‘I wanted to keep it quiet.’

‘Mum and dad kept you informed of my movements. Didn’t they?’

‘It’s not the same Blu.’ Abi rolls her eyes, as the maid serves their tea. ‘Thank you Pauline, that’ll be all.’

‘You know she’s back for good.’ Leke answers on his younger sister’s behalf. Both his sisters are involved in this war dance around each other, and if he didn’t insert himself in the middle of their stance they might rip each other to shreds, given half the chance.

‘Well with Blu you never know.’

‘What is that supposed to mean?’ Blu knows exactly what her sister means, she did a runner at the most unexpected time in her life, so anything can happen. ‘I’ve not been here five minutes and you are already making me regret my decision to come.’

‘What is stuck in your craw that you have to get out?’ Blu retorts.

‘The last time I saw you, you were barrelling down the aisle away from your fiancé so forgive me if that is not the elephant in the room that needs to be addressed.’ Abi says. They might as well go there.

‘I take offence to that!’

‘Be offended all you want, but you made such a thing about having to fly to New York for a wedding-’

‘I offered you our place-’

‘Well you never got married so what was the point of the fuss.’ Abi mumbled.

‘Doesn’t everyone? Why do I always have to be the bad guy?’

‘Because everyone is not my family. That’s why.’

‘Haven’t you told your gang of mates? The famous five.’ Abi refers to Blu and her friends as the famous five, following their fame upon their admission into Oxford they’d been something of celebrities from a young age. She doesn’t have half the brain Blu has, so she made her name somewhere she thought her sister would not be able to shine, but she was wrong; with that brain of hers, Blu created campaigns for some of the biggest fashion brands, the same people Abi worked for and it gnawed at her. She just wanted something for herself, where Blu could not touch. George was the answer, he took her away from it all and a little part of her is happy Blu screwed up in the respect, awful as it makes her. At least she is the one with the charmed life.

‘I didn’t come here to talk about my life Abi-’

‘You’re silly if you think I won’t bring it up.’

‘Time the fuck out!’ Leke let them go at it long enough. He understands the dynamic of their relationship, knows Abi is a little jealous of their younger sisters’ smarts when she needn’t be. Blu simply wanted to spend the day with her siblings, preferably without the squabbling. But Abi, dear Abi… ‘The both of you stop it.’

‘What Abi? What is it? You want me to stay here and be subjected to more of your bullshit? You think I would’ve come if Leke didn’t make me? I don’t need this. The last time you saw me I was running away from the man I was meant to marry but I don’t want to talk about it, not to you because you’ll only rub my nose in it. You’re married I’m not, so I guess you win at life.’

‘Stop it. The both of you please stop.’ Leke raises his voice. ‘Blu you are not leaving, we only just got here and Abi you are going to try to be the big sister at least once. Don’t make me call mom.’

Abi folds her hands looking at her sister, she knows Blu would rather not be here, their mother called to warn her to behave herself and she tried to but when it comes to Blu, she cannot help herself. ‘I’m sorry. Please don’t leave you only just got here, and cook has made a spread, it’ll be such a shame to waste it all. She made your favourite jollof.’

I’m getting myself a car. Blu thinks to herself. There, her next step.