Fitz remembers the first time he met Sloane. It was at a Jay-Z concert at the Barclay Arena, one he decided to attend at the very last minute, when his friends wouldn’t take no for an answer. She is best friends with his cousin, April and he’d heard about her from a bunch of people in his social circle. She often sounded way out of his league. That night at the concert she came late, because, he would later learn that she too was not going to make it. Serendipity.

He remembered being enamoured by her as soon as she walked into the private suite at the arena with his cousin. A few people came by to say hello to her; she was easily the coolest person alive and so beautiful. He was struck by just how beautiful she was and still is. Her hair was tied in a ponytail, she had on a pair of leather skinny leather trousers that hugged every curve of her incredibly sexy body, and a grey tee-shirt with a bedazzled mini-mouse on the front.

When April introduced them that night she was not too subtle.

‘Sloane, meet my cousin, Harper Fitzgerald, but everyone calls him Fitz. Fitz this is my best friend Sloane Rhodes. She is the most intelligent human I know and the coolest.’

‘Nice to meet you.’ Fitz held out his hand and when Sloane took it, he felt a tingle. That twinkle in her eyes and the openness of her smile, drew him in.

That evening at dinner with the group of friends and acquaintances, they kept each other company, sat next to each other and talked the entire time. She enjoyed the food and they enjoyed each other’s company amongst the larger group. By the end of dinner, they’d exchanged numbers and Fitz asked her out on a date.

That date wouldn’t happen for at least two months because of their conflicting schedules, but in those two months they talked every day, no matter where in the world they were, for hours on end. Fitz had the love jones for Sloane. They eventually had their first date; one the two of them would not soon forget. It lasted six hours in a little diner in Greenwich, The East Kitchen, a small family run restaurant, and one of New York’s best kept secrets. The chef and owner catered to them privately and they dined into the small hours. Fitz paid the owners generously.  Their second date was a month after that when Fitz flew to see Sloane in Milan because she was away for work during Fashion Week. By the third date he was sure he wanted to spend the rest of his life with her and by the fifth, they’d met each other’s families. Six months after they met, Fitz showed up at Sloane’s at midnight and asked her to marry him.

‘We ought to situation of ours permanent.’ They were sitting outside on the stoop of her brownstone, he’d just flown from Japan and came straight over to her house from the airport.

‘Marry me. I love you.’ He said it first. Fitz went down on one knee, and held out a little red Cartier box with the most stunning ring inside and right on her doorstep, she dressed in her cute pj’s, he asked her to marry him.

‘I love you too. Yes we ought to make this permanent so I will marry you.’ 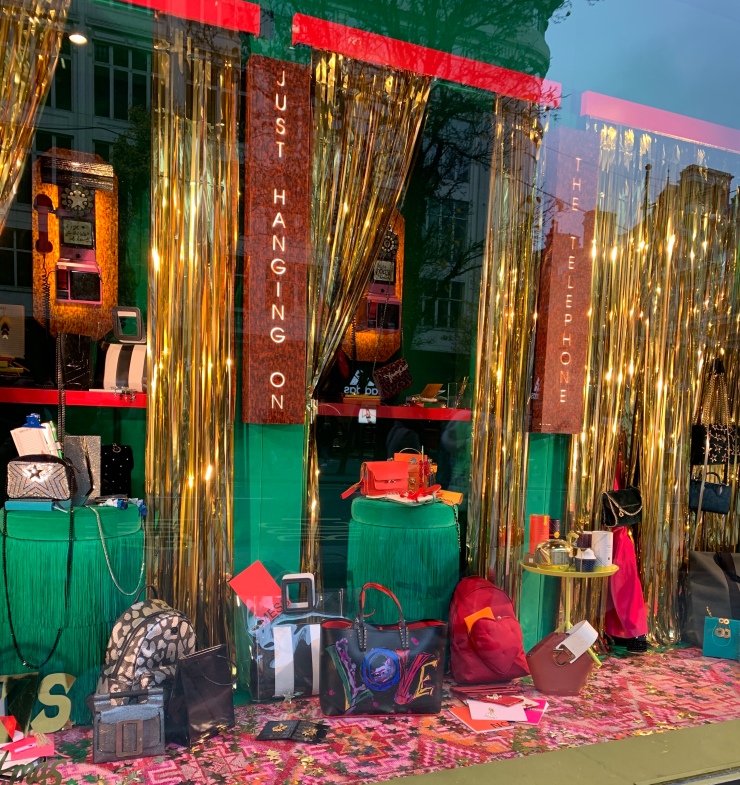 Fitz looks at his wife now asleep, she looks as beautiful as the first moment he met her, even more so. Her hair splayed as she slept.

Sloane stirs gently, opening her eyes, for a moment she thinks she is still on the plane but Fitz’s arm around her tells her she is at home. ‘Hey.’

‘Please don’t worry about me, try to get some more sleep.’

‘I’m tired from sleeping.’ Even in the darkness she can see the outline of his handsome face.

‘Chocolate.’ Sloane giggled childishly and moved closer to her husband, wanting to feel him next to her, nothing comforts her like the feel of her husband.

Fitz got a bar of chocolate from the mini fridge next to the bed, her favourite Lindt chocolate bars, this one filled with crème brulee.

Sloane unwrapped it and cut out two squares, one for her and one for him.

‘Wanna talk about it?’

‘She loves him…’ with the sun slowly rising Sloane tells Fitz all about her visit with Bella and Kaiser. Although she’d threatened to take Kaiser’s head off, she could tell his love for Bella they looked happy and were prepared to face the music with his family and hers. This was not a flash in the pan for both, they are in this for real.

‘How do you feel about that?’

‘It’s not my place to have any feelings about it one way or another. She’s happy that’s really all there is about it. Whatever she wants to do next is up to her. Them.’ And that is something the family will have to come to terms with, this is not their issue, much as they think it is. Try telling their mother that. That is another issue, for another day.