‘The paper is failing.’ Bella says as soon as they sit down, Sloane finally accepted her offer to sit.

‘I didn’t listen to you. I got complacent and I did not set up the website in time so everything was stale. Returns are terrible and readers are fleeing online.’

Sloane sighed. She suspected this for a long time because each time she would want to catch up with Bella, her sister would flub her off and then when they do eventually get to catch up it was drowned by other things. ‘Okay. One thing at a time, tell me about the paper.’

‘It’s simple really, I didn’t listen to you I should have started online much sooner than I did and now I cannot catch up. Readers started losing interest in print, subscription fell and it’s been hell.’

‘How long has this been going on?’

‘I know… please don’t be madder than you already are. I am so sorry.’

‘How have you been staying afloat for the long?’

Bella plays with the button on her chunky cardigan, avoiding her sister’s glare.

‘Bells talk to me I’m your sister there is nothing between us that is too much to handle.’

Deep breaths. ‘About a year and a half. I depleted my savings and then went on to my portion of the estate to pay wages.’

Sloane counts one to ten in her head before speaking her next words. ‘You depleted all your savings.’

‘How are you paying your bills?’

‘Here and there. The house is already paid for so my expenses are really minimal.’

‘I know. There are a million things I would do different if given the chance. I fucked up Sloane and now when we return I have to tell the staff to start looking for other jobs I can barely afford their redundancy packages.’

‘You can and you will. This is family and between the three of us we have you covered.’ Sloane adopted her no nonsense tone and Bella knows better than to argue with her sister. ‘Any more bills you owe?’

‘Now tell me how is it you came to marry this Kaiser person. Leave nothing out.’

‘We met on the plane he is one of Ben’s good friends, they’ve known each other from childhood. Ari had been meaning to set us up but never got the chance to. We got talking and before I knew it I was telling him my life story and he was telling me his-’

‘And you decided what the hell let’s go get hitched?’

‘No, I’m sorry that was petty of me. It was. And six months is a damn sight better than two days.’

‘I know, I know. Look I love him and before you say it is too soon, I know it is but when you know, you know.’

Sloane looks at her sister, she cannot argue with that logic. Fighting the heart is always going to be a losing battle. She fell in love with Fitz on sight but they took their time getting to know each other, part of it was he was too busy and she was never in town long enough but they made it work. They had their first date two months after their impromptu first and their second date a month after that. They talked constantly on the phone, sometimes into the small hours. Wherever in the world they were. Sometimes he would fly out to see her other times he would send his private jet to pick her up and bring her to him, if he couldn’t make it. Once he flew to London to spend an hour with her just because he missed her. Those things don’t change they are still as in love as they were back then. So she gets it. This whole love thing that Bella is on, she gets it. Her older sisters might not because they married their long time partners but she understand what the feelings are and she cannot hold it against her sister for falling in love.

At this Bella burst into tears, she’d been so afraid of telling her sisters, especially Sloane, whose opinion matters to her the most. They were the closest growing up, always in each other’s lives and she wanted so badly to know that she is on her side.

‘Come here.’ Sloane gives her sister a hug. ‘No crying Bells, you’re happy and that’s all that matters to me right now. To all of us. Everything else is irrelevant where your happiness is concerned.’

‘Bea wants to kill me doesn’t she?’

‘Bea would like to off everyone, but yes she is freaking out and has pointed out that mom will kill you.’

‘I won’t. Let’s park the parents to one side for now. What do you want to do about the paper?’

‘Pack it up and go online fully. Offer a subscription service for the readers I have. Investigative journalism, lifestyle, travel. I know it’s a lot of work but I want to set the tone so I will have to do it myself.’

‘Okay, that’s a start. You need to be upfront with your readers, your letter from the Editor for a start should outline everything you went through and what you are going through. We’ll take it from there. I know some new freelancers who will be able to give you great content for a small fee. Start small, there are some great new voices out there. You have a reputation as a credible journalist and that counts for something.’

‘I cannot believe I failed.’ 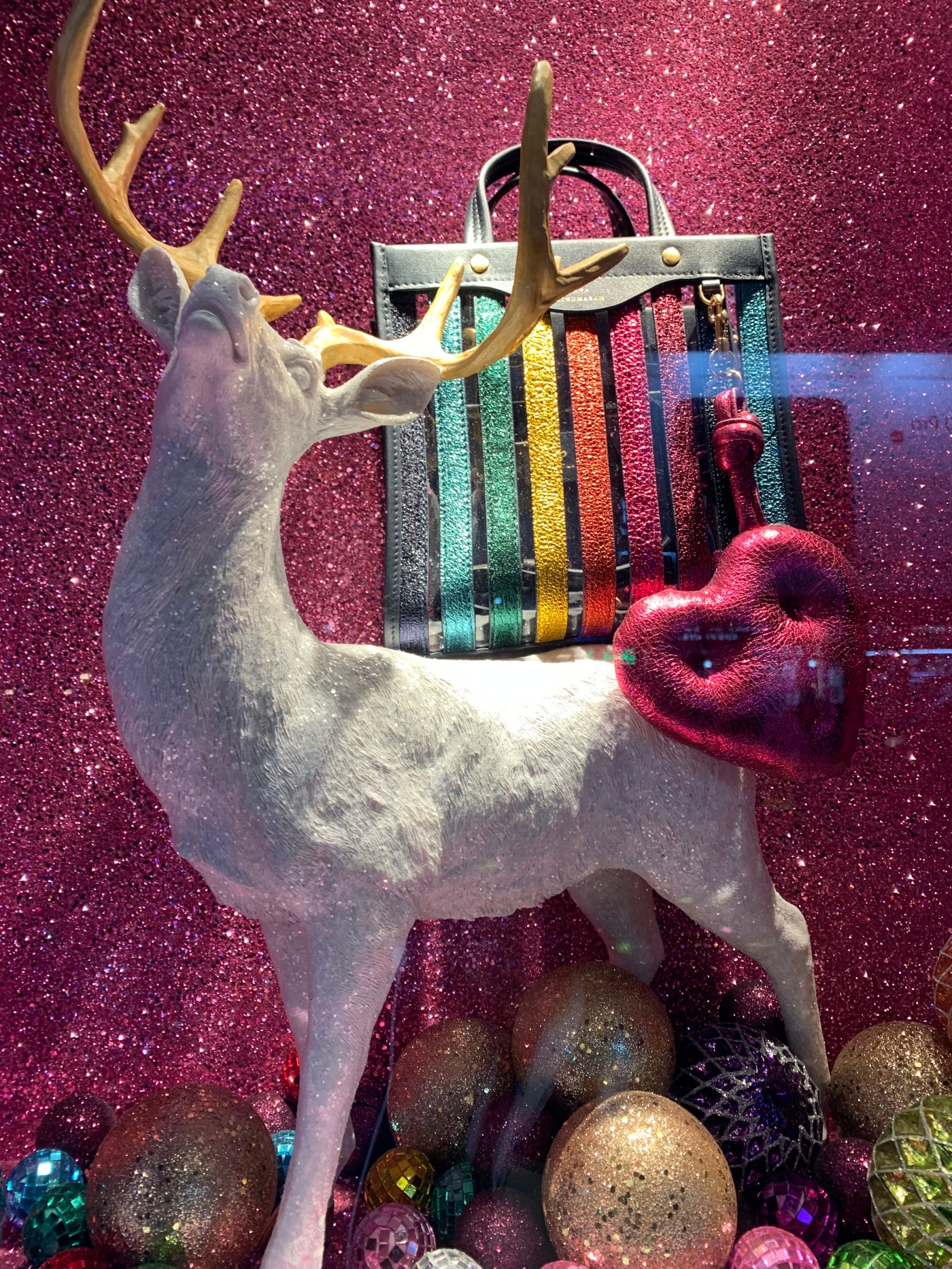 ‘You have to get up again sweetheart, you get to learn from this and move on. No one is free from failure if they hope to make anything meaningful.’

‘Says who? When mommy wouldn’t give me access to my part of the estate when I needed it, it delayed my start, I cried so many times I didn’t know what to do with myself. And there were times I had to go without to make things work. My friends helped. I got kicked out of a shitty apartment by my landlord who moved in his girlfriend. I couch surfed for a year if it wasn’t for my friends and the support of you guys, I wouldn’t be here today Bells. You guys got me through and you have to let us help you. It doesn’t make you a failure, it makes you human. And I love you for that. We all do.’

READ | Ìrìn Journal - The Lagos Issue. Lagos... there is nowhere in the world like it. I say this about a few places and it applies to them in moments but it applies always to Lagos. Gidi. Irin journal captures my home city in a way I’ve always wanted to see Lagos put out there: frenetic. Fast. Like really fast. Energetic. Loud. Louder. And a people just trying to get the hell on against all odd. And a personal favourite: Bank Olemoh designer rice!! Mainland!! Read more on the blog and add @theirinjournal to your roaster. You’ll only be richer for it. #Irin #Lagos #naija #read #magazine #culture #history #stories #gidi #saturday #weekendreading and why yes I have a gold coffee table. Of course I do! Ps: highlights in my stories...
Did not want to get up for this run today but glad I did and that is not to say I loved it. I didn’t. But it’s a new decade thing for me: showing up for me. Everyday we get to begin again. #notarunner #running #health #showup #beginagain #goodmorning #sussex
Go see: Three Sisters. Go read: The review- Chekhov’s play is moved to Biafra and the three sisters deal with struggles that plague their land. In a story of Love and loss. Hope and Pain. The chasm between cultures and what was all the fighting for. At the Lyttelton theatre in south bank until February 2020 #threesisters #lytteltontheatre #London #plays #stage #biafra #chekov #ellams
That last point: 💯 EXTREMELY. This is why I don’t drive. 😂 #pisces #starsigns #astrology #self
It’s 2020 bitch! I feel like that drunk aunt at a wedding. 🥴 Are we all in? How’s everyone doing? All good? No raging nonsense from the last decade? Ok let’s keep going. One breath. One step. At a time. We have 362 days to begin again because that is what everyday is: a chance to begin again. #NewYear #2020 #beginagain
My favourite movie. EVER!!! The Sound of Music. I had to call my mom to let her know it was playing on TV. Fun fact: it is also my mom’s favourite movie and every time we watch it together I am that child that says every word and sings every song! My mom would always have to leave the room for me because she had to resist the urge to sew my mouth shut! To get me to shut up!! I am tempted to go over and watch it with her just to sing along. LOL!! I’m the worst!! This scene is my favourite scene in the entire movie making history. The Llandlër is a love song and a love note of Captain Von Trapp and Maria. It is the moment I fell utterly in love with them. Yes I know the Baroness and what not but please free me! Maria did not steal her man. So I will hear no slander against my favourite non nun. If you’re in the UK it’s on BBC ONE South East. I’m sorry for my neighbours but not sorry. #happynewyear #soundofmusic #bbc