London | Balenciaga @ The V&A | Simplicity At Its Finest

When you take in the whole of this tightly curated and uniquely displayed exhibition and examine the sum of its parts, one thing will always remain, it will leave you utterly spellbound. The simplicity and mastery of Balenciaga remain unparalleled, it leaves you with a feeling reserved for a particular time, one that is captured in the essence of this exhibition, that traps you in this space of sheer brilliance seeping from every window you stop and look at. It holds you there. Cristobal Balenciaga swung between two worlds, where opposites came together to fashion something astounding. Bold and simple, daring and cautious… you could almost see the designer examine the restraints on the one end whilst letting his imagination run wild on the other- its the exaggeration of sleeves, the ballooning of a hem, or the simplicity of a black dress in a sack fit.

His skill was in every aspect of the garment making process, from designing to cutting to tailoring, he mastered every one of them but his starting point was always the fabric. 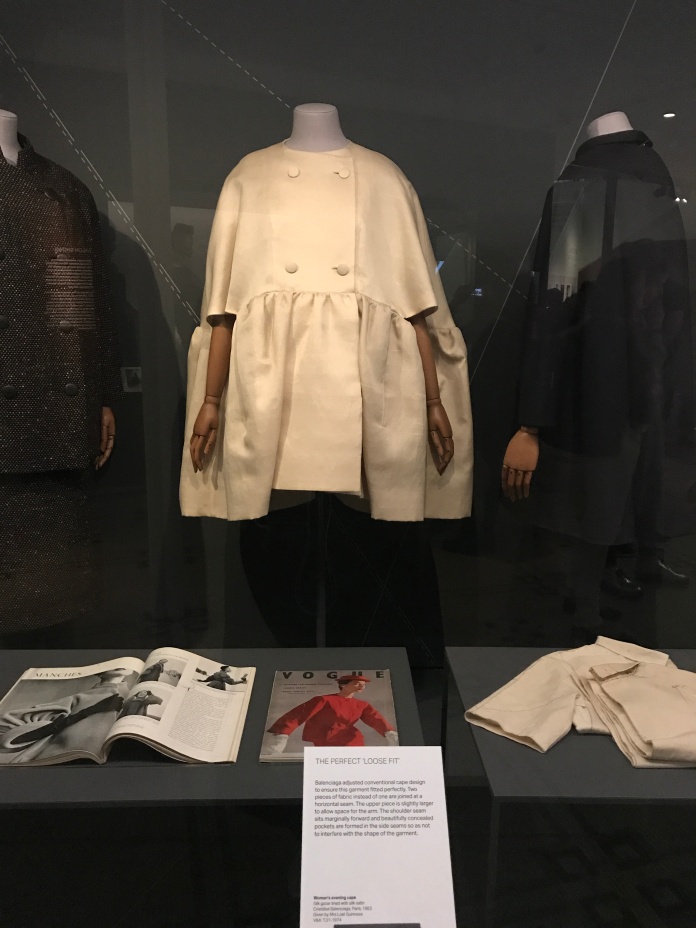 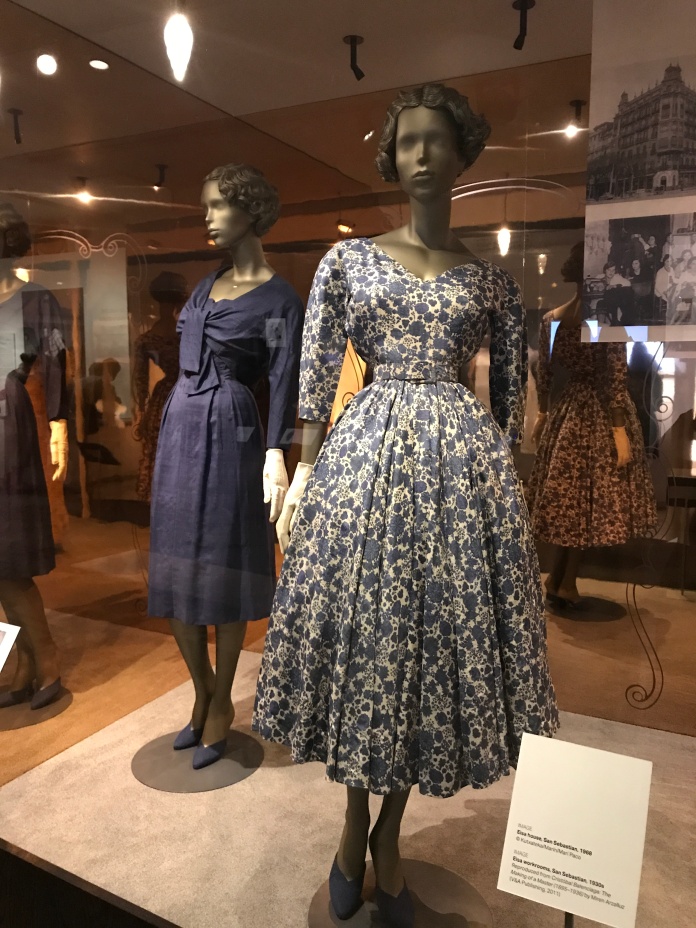 It’s the fabric that decides

This is the reason he was able to shock with his simple yet audacious pieces over the years, working with the exquisite fabrics in Europe often, specifically, France, Italy and the UK. The impracticality of the envelope dress meant it was a hit with the press but performed terrible commercially. No matter, he included it in his first retrospective in 1970. He was painstakingly exacting in his designs, often making alterations to his atelier’s work, and had a thing for sleeves, for him they were fundamental to the fit of a garment, if the sleeves weren’t right the whole process was started again. Looking at the exhibition, one immediately understands that sexiness was not at the root of his designs, he was about the construction and the fabric, it is no surprise he pioneered many a free flowing silhouettes: the sack, the semi fit, and the perfect loose fit amongst others. At his heart, its almost as if he meant for women to be first comfortable and then everything else falls into place. His many influences besides the fabric is tied to his faith, some of his designers were ecclesiastical, his Spanish roots run deep to his mind’s eye, flamenco and bull fighting. This was not geared towards populism or commercialism, rather it was about so much more than selling clothes, a dangerous thing for any desgner, to jettison the commercial aspect of their clothing, but somehow Balenciaga got his clients and got to do what he loved for fifty years. He transports us back to another time, to his ateliers in San Sebastian and Paris as we watch X-ray images of the clothes takes us into the detail, deep into the seams to see the manipulation of how the pieces come together. This is about craftsmanship and skill and utter brilliance. 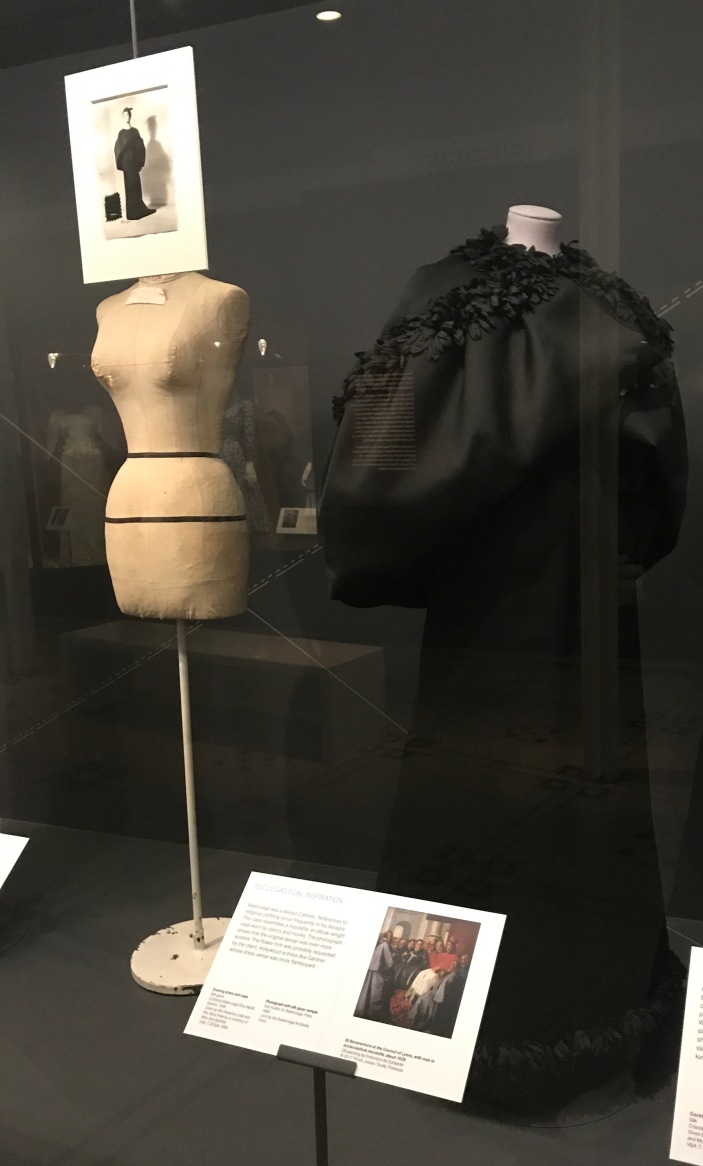 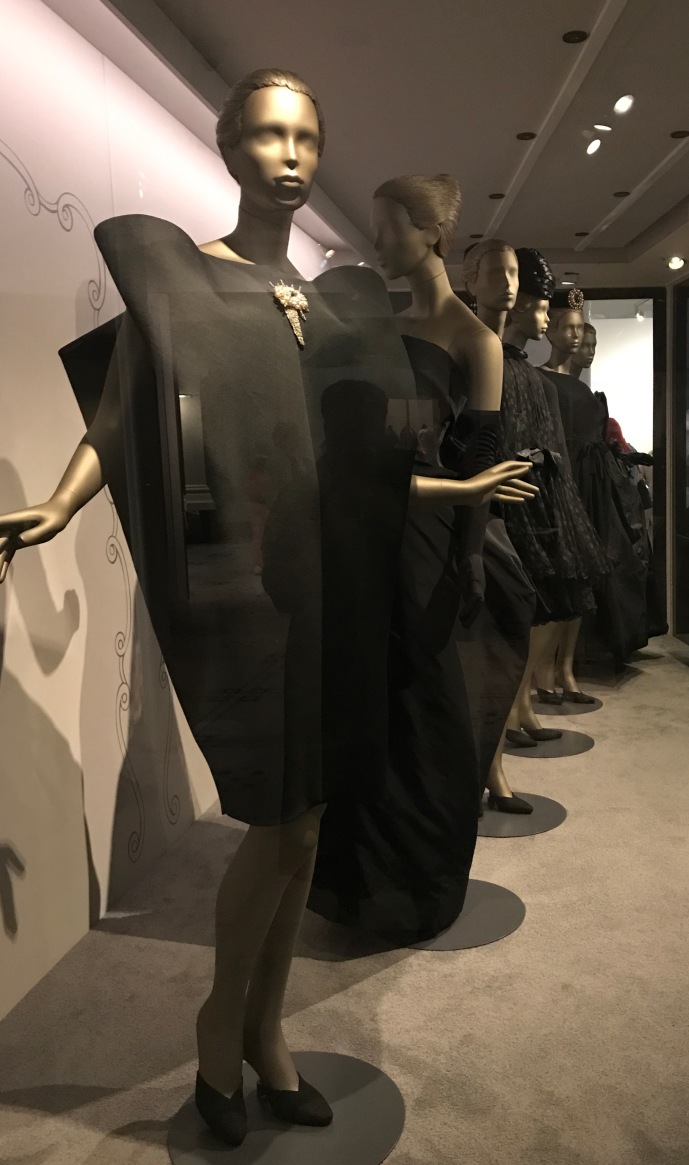 Cristobal Balenciaga was born in 1895 in Gertaria in the Basque region of Northern Spain. From a young age he was introduced to fashion by his mother who was a seamstress and at age twelve started his apprenticeship in San Sebastian where he opened his first boutique a decade later in 1917. He lived through world and civil wars, which affected his business, had to close his atelier in San Sebastian because of the conflict, lost a partner which was most certainly at odds with his faith as a devout catholic for that era, and was a designer for the greater part of his life. A life he was extremely reticent about; in all that time he only gave one interview the year before his death in 1972. All of this only adds mystery to his legacy.

The upstairs of the museum hosts designers who were influenced by works of Balenciaga most impressive of which I found to be Hussein Chalayan, Nicholas Ghesquiere, Gareth Pugh too. It is easy to see his influence through the ages but Balenciaga remains head and shoulders above the rest. His vision was far superior even today his work is principled and singular and this exhibition shows it which is why we are in a hurry to return to the intimate salon downstairs to be amongst his creations, most of which were donated by private clients, look little closer, feel a little more. His legacy remains unsullied even as his fashion house, revived in the 90s, has become more commercial it doesn’t blur the lines here, this is pure unadulterated talent, raw and superior, of an old master allowed to revel in his brilliance. 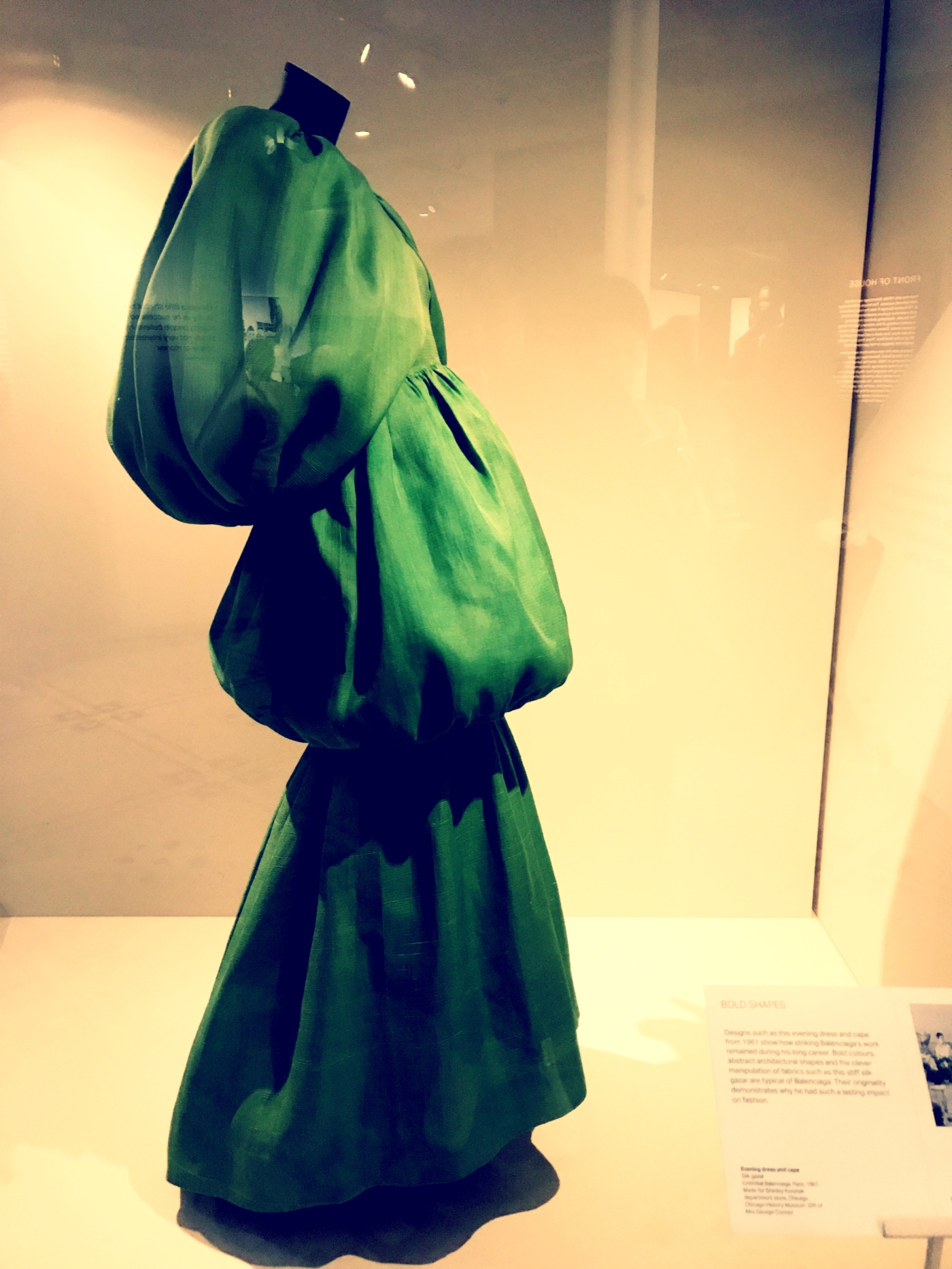 Go see this, you won’t regret it.

Balenciaga; Shaping Fashion, showing at the V&A in South Kensington until February 2018