In Bed With… Ms Lewinsky

After over a decade of silence, in an essay titled “Shame and Survival” in the June 2014 issue of Vanity Fair, Monica Lewinsky is finally speaking out about the nightmare that became her life in the wake of a trial that put her sex life on blast. Where were you in 1998 when the most powerful man in the world and a 24 year old intern stood trial for their sexual relations? I remember being glued to my TV every evening after College, devouring every new cycle and analysing every turn of this trial.

Yes, I finally got round to reading my copy of Vanity Fair.

When we look back at the History of the American Congress, one thing that will stand out will be the many scandalous affairs of American Presidents and Presidential hopefuls. Before President Bill Clinton, Monica Lewsinky, the cigar and that blue dress, there was Thomas Jefferson and Sarah Hemmings whom he fathered children with; Warren Harding and Carrie Fulton Phillips; Franklin Roosevelt and Lucy Mercer, his wife’s press secretary; Lyndon Johnson and Alice Glass; lets not even talk about JFK and his MANY mistresses; Marilyn Monroe, White House intern Mimi Alford amongst others. Post Clinton, John Edwards still takes the cake for a monumental mess from a presidential hopeful with Rielle Hunter. It appears to be that the prerequisite for holding the highest office in America is extra-marital affairs as an extra curricular interest.

For as long as she lives and possibly long after, Monica Lewinsky will be known as the intern foolish enough to throw it all away on a cheap or not so cheap thrill with the President of the United States. “That woman” as she was referred to by the man she was in a “consensual relationship” with for three years is named as one of TIMES top 10 Mistresses, along side Rielle Hunter, Camilla Parker-Bowles and Marilyn Monroe, is the butt of so many jokes and a verb with which to describe a sexual act. Even if he didn’t suffer near enough the same fate, Bill Clinton will always be known as the President who faced impeachment through his own sheer stupidity and lustful carelessness. Despite his glowing reputation post presidency, when we think of Bill Clinton, Monica Lewinsky will not be far from our minds.

Make no mistake, this trial was a farce. How else do you explain why an investigation into a land deal gone awry and the death of a White House personnel turned into a sexual probe of a sitting president, which exposed intricate details of his sex life and relationship with an intern?

Following the trial, President Clinton went on to complete his term in office and essentially remains much beloved. Monica Lewinsky, on the other hand, tried to get her life back on track but failed again and again, because of the scrutiny that still follows her. She tried her hands at different ventures that went nowhere, migrated to London for a while to study a masters at the London School of Economics and was granted some respite from the harsh glare of the world but in every job interview she was reminded of her past and deemed “not quite right for the role”. She’d become a liability; bad for business. 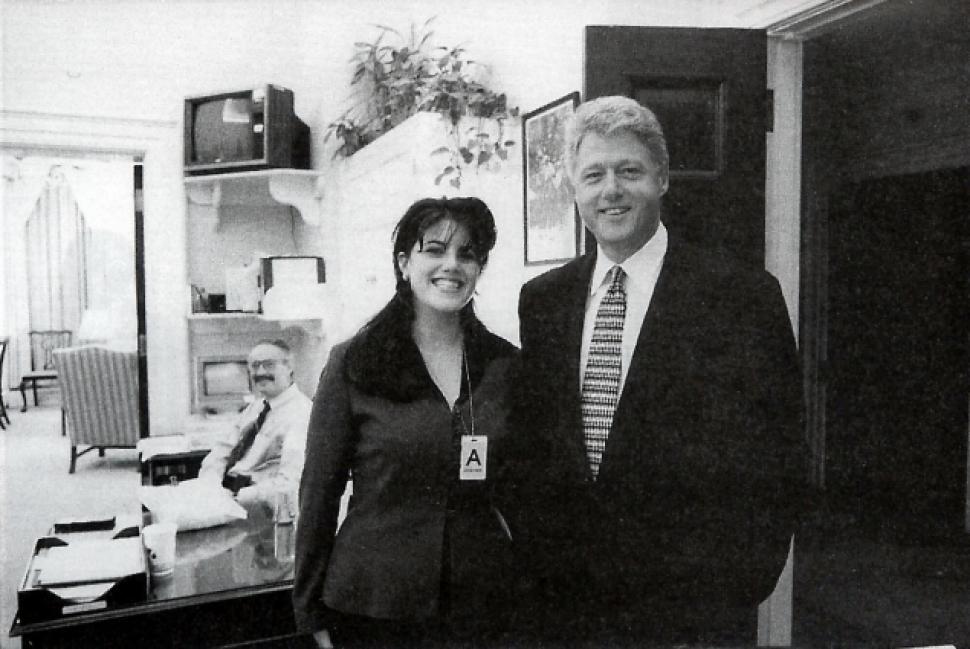 Without excusing what Ms Lewinsky did, I too have to wonder, did we feminists fail her? I disagree with parts of the essay that heaps blame on the press and public; she had the affair and whatever the fall out, one has to assume it was a risk she was willing to take and the reaction from the press and public alike, was nothing short of what she should have expected in the wake of the revelations. This still remains one of the most, if not the most, definitive scandals for many generations, one that threatened the very core of an American Presidency. We’d heard stories of past presidential shenanigans but not to this extent. This was a modern day soap opera. I also don’t buy into her excuse that “in (her) early 20s (she) was too young to understand the real life consequences…” of her actions. Sorry, I just don’t. 21 years old is old enough to know right from wrong. Was it an abuse of power? Yes. Was she taken advantage of? Yes. Could she have known that when the shit hit the fan she would be the sacrificial lamb? Probably not. But did she have a choice? Absolutely. As she said, this was a consensual relationship.

That being said, feminism fifteen years ago is not what it is today, that glass ceiling was not even within reach, our 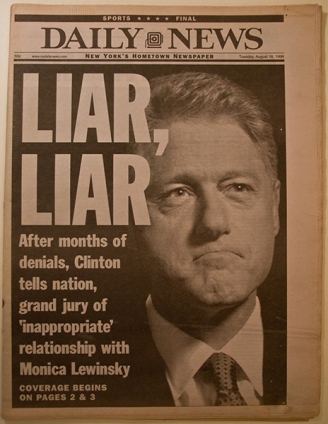 voices were just noises in the midst of a male dominated setting. It didn’t help that Bill Clinton appeared to be something of a feminist, appointing Madeleine Albright, the first female SCOTUS, and a global peace maker who brought Yasser Arafat and Yitzhak Rabin together. He was charming and appealing, the down home country boy from Arkansas who played a mean sax… it was hard to think of him in any disparaging light. If we knew then what we know now perhaps things might have been different for Ms Lewinsky; there would have been more support not scorn for her and  President Clinton wouldn’t have been let off the hook so easily. Ms Lewinsky was hung out to dry and her reputation shot to shreds. “Unstable” “Slut” “Stalker” “Tart” were some words used to describe and discredit her, by the press, public and politicians alike. For the Republicans she was the sole reason why President Clinton was ill-equipped to remain in office, his liberal policies were irksome but compound that with fellatio in the oval with an intern and it was a goldmine for them. For the Democrats she was the sex-obsessed woman who seduced the President against his will, almost. Never mind that he was the one with more to lose, was older and should have been smarter. And for the public, she was the scarlet woman who should have known better than to get with a married man, the golden boy.

Its been a decade since we last heard from Ms Lewinsky. She has purposely laid low, even more so in 2008 when Hilary Clinton was campaigning knowing full well what kinds of questions it would lead to. She has been dealing with life struggles of which she details in the essay. So to what do we owe the pleasure of her now breaking her silence? Well for one, she couldn’t stay hidden forever. Recently, Senator Rand Paul invoked her name as he attacked the Clinton administration and in a round about way, Hilary Clinton, should she consider running for presidency in 2016. This was obviously bound to open up several cans of worms, further making Lewinsky more of an issue and political pun, than anything else. But more importantly, the suicide of Tyler Clementi, the teenager who killed himself following an intimate video that was leaked online by his roommate, made Lewinsky say “enough”. Whilst she acknowledges that her situation was different to Clementi’s, she could certainly sympathise with the position he’d found himself with such an invasion of his privacy. Lewinsky decided, it was time to move on with her life, “bury the blue dress and burn the beret”.

Personally, I think she should sell them on eBay but that’s just me.

Monica Lewinsky takes responsibility for her actions, “I myself deeply regret what happened…” she writes twice and emphatically and for the most part, we feel for her. It cannot be easy walking in her shoes, to be judged for mistakes of youth and sheer stupidity. One moment in her life has become the very definition of it. How can she change that narrative? It’ll be hard but I really hope she can move on. If anyone deserves to, it’s Monica Lewinsky. Her challenge however, would be to change the thinking of the court of public opinion. She is speaking out and trying to take back the narrative of her past but I wonder if anyone is interested in what she has to say.

Are they even listening?