Mulberry Off Its Mark

About two years ago I wanted to buy a Mulberry Bayswater and it was £695 I don’t know why I didn’t buy it then but I settled for the Effie Hobo instead. Today the price of the Bayswater is £895. In Bicester Village, the luxury shopping destination, you’ll get a Bayswater for around about £600, same everything maybe a season or two out. Its not surprising that in mid April, Mulberry released another financial warning to its investors, a second since January, again informing them of its dire performance. Mulberry used to be that brand that had the corner of Luxury and Contemporary nailed. Their goods were expensive enough not to be deemed high street but affordable-ish enough for those who aspired to own something from the label. People like us. Mulberry is an aspirational brand, one with that quintessential heritage that goes a long way to making it one of the more bankable British brands in the global retail market. At least six out of ten women on a morning commute are guaranteed to have the best selling Bayswater.

So why then did it do the unthinkable and price itself out of its profitable margin?

The 2012 appointment of its, now ex, CEO Bruno Guillon, ex Hermés, is as good a place to start, with his luxury brand vision that saw the eventual exit of Creative Director, Emma Hill, after six years. Hill was not only responsible for creating cult bags like the Alexa but also ensured the company’s bottom-line remained profitable and more important, that Mulberry remained relevant and affordable to its base customer. The Mulberry Alexa has become a cultural icon in its own right and the Bayswater is a right of passage for any serious handbag fanatic. The appointment of Guillon saw Mulberry shift its focus to a narrower market where the likes of the Hermés customer resides, and this was a major faux pas. First of all, the Mulberry customer is not in the same income bracket as the Hermés customer, plain and simply put and second, it would’ve been more viable to parlay the appointment of Guillon into the launch of a more exclusive luxury line that would bring in those über luxury customers not rock the boat and jettison its strong customer base. There was no correlation to his hire. Prices rose and customers began to look elsewhere. They didn’t have far to look, however, because quick on the heels of Mulberry was Michael Kors with his Saffianos and Bayswater wannabe Hamiltons, priced just right; miles cheaper than Mulberry. Already in the space is Marc by Marc Jacobs with its Ulkita and Classic Q’s.

And so it happened that Mulberry’s profits did not just slip, they fell hard and fast; according to analyst Nick Bubb, Guillon’s tenure saw the brand’s share price fall 70%, a “tough” Christmas as highlighted in the January pre-tax warnings saw a 27% plunge in its shares, and in just under two years it issued four profit warnings to its investors. All this has culminated in a shocking drop in brand value over two thirds; from £1.5b in 2012, the Spring of Guillon’s reign, to £400m after his exit.

It doesn’t take a genius to figure out that the customer has taken her custom elsewhere. 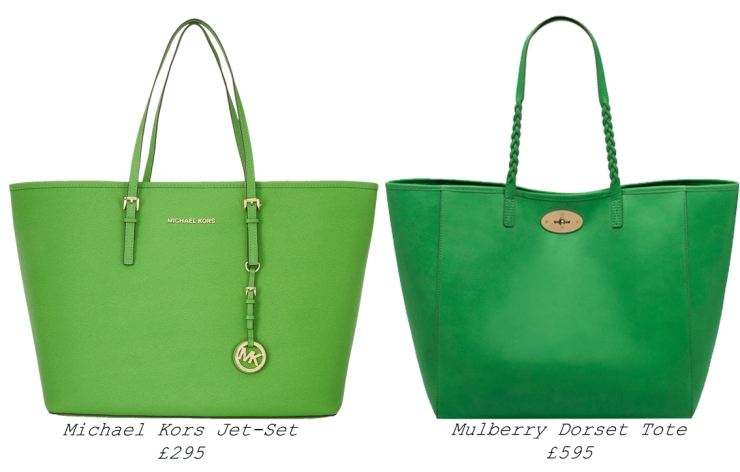 These brands, Michael Kors, Marc by Marc Jacobs etc. may not have the same heritage as Mulberry but they already have a solid reputation with that set of customer. Even better, their pricing is much more affordable. The Hamilton from Micheal Kors starts from about £300, a Marc by Marc handbag retails between £300 to £550 at the most, the last I checked. So, go figure. 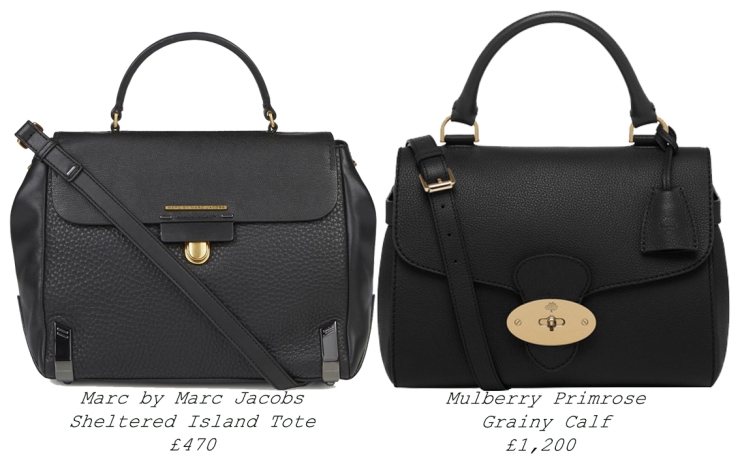 Most brands often find a base in the contemporary customer pool, the most difficult yet lucrative to crack. You know, the young professionals, millennials and budding entrepreneurs, not overly cash rich but they can afford to buy a £500-£700 handbag, give or take a month or two of saving. Its the market most brands hope to tap into hence the diffusion lines and collaborations with high street giants. Seven out of ten girls who work in the City will most likely be seen toting around with the Michael Kors Jet-Set or Hamilton bag.

Hence Mulberry’s choice to chase a shrinking market where the money might be plenty but the space already occupied with long standing favourites like Hermés, Chanel, Bottega, etc. and a very loyal clientele, was in one word; foolish.