FINALLY!! After almost one year of waiting this much beloved series has returned. My God!! The wait was torturous. It felt like it would never happen, like what we witnessed was all a dream…it felt like the end. I thought I wouldn’t live long to see this day. Alas! Here it is. For the first time everyone in the UK and US was able to watch it live and interact live and everything…no time difference was going to hold me back from witnessing this even of epic proportions. I hate that word but this was an epic event. All week I did a countdown to it, wriggling with excitement as the day drew closer and closer. At times I literally couldn’t breathe with anticipation. 2am, there I was front and centre by the telly watching, knowing that this was happening across the Atlantic, five hours behind was all the more glorious. 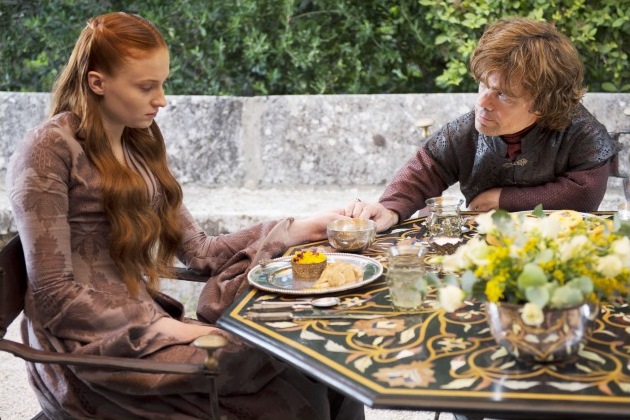 Last season’s most traumatic event was of course the Red Wedding and it has led to an eerie peace in the seven kingdoms. Peace defined by the Lannisters with little or no opposition. To the tune of The Rains of Castamere and without any dialogue, Tywin Lannister observes an almost ritualistic ceremony of melting one significant sword, Ice, that once belonged to Ned Stark, and forging it into two swords. So powerful is this scene that we immediately know its significance- Peace assured by the new power that has emerged and any disturbance to that power, the song in the background is reminder of just what the Lannisters are capable of. One of the swords is presented to Jaime who wishes to remain in the Kings’ Guard as a one armed swordsman much to his father’s chagrin but at least he has a Valyrian steel to help along the way…whatever help that’ll get him. The way Tywin sees it, their enemies have been defeated, the Starks principally, hence the purging and appropriating but also he would like his one true son- lets face it Tyrion is not really one Tywin considers a son, even Cersei says this when she refers to Jaime as all Tywin has got- to remain safe in the family seat of Casterley Rock.

This peace however, will not go undisturbed because new threats abound as new characters are revealed, most notable is renowned warrior Prince Oberyn Martell of Dorne who is in the capital for Joffrey’s wedding but mostly to settle the score with the Lannisters. His sister was Elia, Rhaeger Targaryen’s wife, who was murdered by The Mountain, Clegane aka Dog’s brother- Arya’s companion. If the Mountain killed Elia, Prince Oberyn believes Tywin Lannister gave the command.

“Tell your father I’m here. And tell him the Lannisters aren’t the only ones who pay their debts.”

Its obvious women play an integral role in the Game of Thrones. Wars and battles are started because of them, Kingdoms lost and worn- Robert Baratheon started on to avenge the killing of Ned Stark’s sister, the woman he truly loved, the Red Wedding happened because Rob Stark broke his word to Lord Frey to marry one of his daughters, this war between the Martells and the Lannisters started when Rhaeger left Elia for another woman which brought the Lannisters to Kings Landing…safe to say there is another great war looming.

At times this episode felt a little discombobulated because its been so long. I found myself wondering who was who and where we’d last seen them- Polliver who killed Lommy Arya’s friend, Stannis’ wife, Ser Dontos, but much of this was a good way to set the foundations. We were reminded.

Even though Jaime is back in Kings Landing Cersei has no desire to rekindle their forbidden romance because its been far too long and things between them have become even more awkward. In other words; its his fault that she is not feeling him so there. Jaime and his dodgy hair is insistent that he will stay on in Kings Landing as a part of the King’s guard despite his father’s opposition. Much of his decision to stay has more to do with being close to Cersei and this is possibly one of the reasons why Tywin would prefer he wasn’t at Kings Landing but at Casterley Rock and why he would marry Cersei off, not just for the power it gives the family. I haven’t read the books so I only speculate but far be it for Tywin not to know about his children’s adulterous affair.

Tyrion is carrying with him a cloud of doom and gloom: he looks so forlorn and with everyone out to get the Lannisters he is feeling particularly vulnerable. He may also be the only one who remains un-jaded about the enemies of the Lannisters and what powers they possess.

Jon Snow goes before the council at Castle black after living and lying with the wildlings but despite breaking his vow his life is spared. Sam has lost some of that shine to him after eh fought off a White walker. Thenns have come to join the Wildlings as they match on Castle Black…and they eat humans. Okay.

Lady Olenna is back on our screens with the best lines and talking it straight. Isn’t she just singular!

Arya, sweet Arya, or not so sweet as it were, exacts revenge of Polliver and gets Needle back. Its easy to forget she is no more than ten her with what she’s been through and her relationship with Clegane would be endearing if it weren’t so gritty but these two remain my favourite duo.

And then there is Daenerys, still matching on, still acquiring an army… 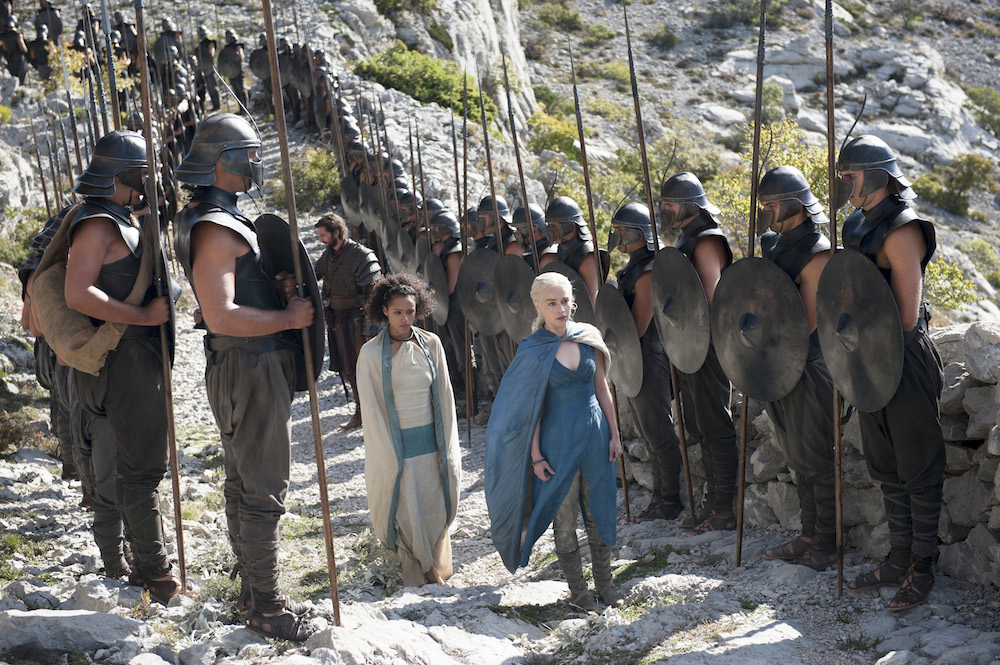 One thing this season, I really hope we get to the thick of it sooner rather than later. Especially with Daenerys, hers was one the stories that dragged on last season. There needs to be more to her story this time, an advancement in her position. Its getting boring walking through the dessert amassing an army we need her in action.

It doesn’t seem too much to hope for. #blacklivesmatter
Perfection. I’m just a girl, who found some spelt flour and now here we are. This might be the most perfect brownie. . Until a few years ago I wasn’t a fan of the brownie. Dark chocolate for one and a lack of understanding of the point of the brownie for another: don’t ask 🙄. . But in these days of isolation I’ve maybe come to a better understanding of the brownie: it’s happy food. It’s sharing food. Something that brings happiness to others. It something you can easily make to give to a neighbour, a friend, colleagues etc. As a way to say thank you, or whatever the message. Or something you can just whip up from the dregs of your pantry. It’s easy. . . . . . . . #brownie #baking #food #saturday #feelslike #itshouldbe #family #sweets #dessert #quarantinelife #happyplace #goodvibes #anotherbrownie #icecream #happyfood #together #sharingfood #baker #athome
Still on that #pantryaunties ish. Today is wine bottles. Ikea FINALLY delivered the racks. As I don’t have a cellar we make do with walls and floor space. My next home will have to have a cellar because I do not intend to stop collecting wines as I travel. . . . . . . #pantryaunties #wine #cellar #nocellar #floorspace #organising #home #poppingbottles #quarantine #safeathome #washhands #drinkwine #sleep #repeat #traveller #memories #greatconversations #friends
Innovation. Fashion. @hanifaofficial elevating and killing the game. Incredible. . . . . . #fashion #innovation #african #congolese #technology #hanifa #beautiful #black #milesahead #insane #gorgeous #moreplease
I miss outside so much. I miss getting on the train and even it’s shitty service. I just really want to wear my summer dresses again. Oh corona. Basta! 🥀 . . . . . . #talesfrominside #summer #indoors #dresses #quarantine #evenings #enoughnow #safeathome #stayhome
3 ingredients cocktail with the main attraction @mirabeauwine rose gin. It’s a banger. Shot glass . Rose and raspberry mixer . Rosé gin . A berry jam of some kind. This is one champagne and cherries. . Ice . Shake . . . . #cocktails #eveningaperitif #drink #midweekdrinking #pinkgin #rosegin #mirabeau #sodelicious #quarantineactivities #stayhome #gettipsy #behappy