It was a rather quiet week in Downton although there was more going on upstairs than downstairs but it was all rather &^%*9!£$!!! slow and steady and a tad tedious to watch because not a lot happened but something did… if you know what I mean. Footmen fighting over girls, grumpy old Mr Molesley, loving gazes between Anna and Mr Bates, servants up to shenanigans…

New alliances are formed between Tom and Edna, but I don’t know that there will ever be anyone to replace O’Brien. Edna may play dirty tricks and make up stories, but nothing will top her evil royalness, O’Brien with her bangs. But its all so boring and played out and I think Tom needs to be reminded that he too was once down and out and Bates was the one who saved him…I hope he gets a reminder. Besides, these schemes are all very elementary.

Well is it a Will or isn’t it? That really was the crux of the matter in this episode. Matthew left a letter addressed to Mary expressing his wishes that she should be his Sole Heiress which left Lord Grantham running worried that this might indeed mean he will have to share the crown with his daughter. Really, Lord Grantham is beginning to annoy me.

Lady Mary, like her grandmama is not so convinced her father can manage Dowton all on his own but she senses his satisfaction at having Downton under his sole supervision again with the guise of being in the best interested for George. He throws such a strop at the dinner table I actually wanted Dowager to send him up to bed without supper like she threatened to. 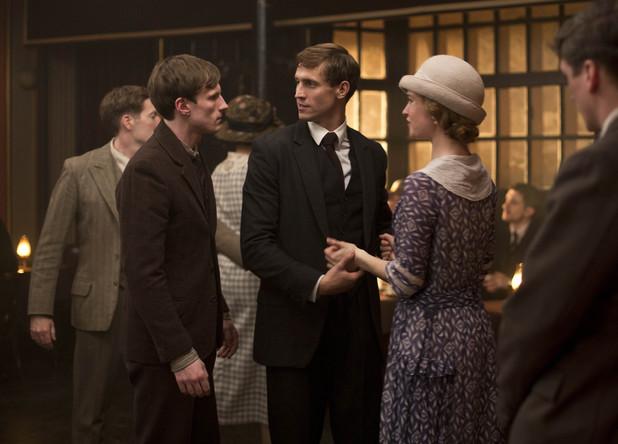 Anna agrees to chaperone Rose to a village shindig she deems only suitable for Farmers and Servants and not high ladies, certainly not the ladies of Downton but she agrees because, you know things are rather slow at Downton for a woman of Rose’s character so why shouldn’t she have fun anywhere she can find it? But it all spells the predictable trouble with the lower class rumbles and the farm hand who fights for her honour. He even comes looking for her, just to see if she is alright. Yes, yes, rather nice and gentlemanly, but somewhat disningenous when Rose tells him if he finds the woman he’s meant to be with, she should be so lucky…oh puhleeze. What is this a Hollywood Jennifer Aniston type romcom?

Aha! Alice is the source of the discord between the two Charlies. It had to be love didn’t it? But Charlie is seen to by the Doctor and sent on his merry to Belfast where Mrs Crowley secures work for him. Carson has remained obstinate that he would rather not see or speak with his old chum Charlie and resurrect the unpleasant memories of their past. But, just before he boards the train guess who should show up? You got it; Carson. They bury the hatchet about Alice and part as friends because it might be the last they will see each other. I rather hoped not because I wanted to see Carson loosen up a bit and it seemed Charlie would’ve been the one to help with that. His appearance and departure seems all too sudden. Doesn’t it?’ 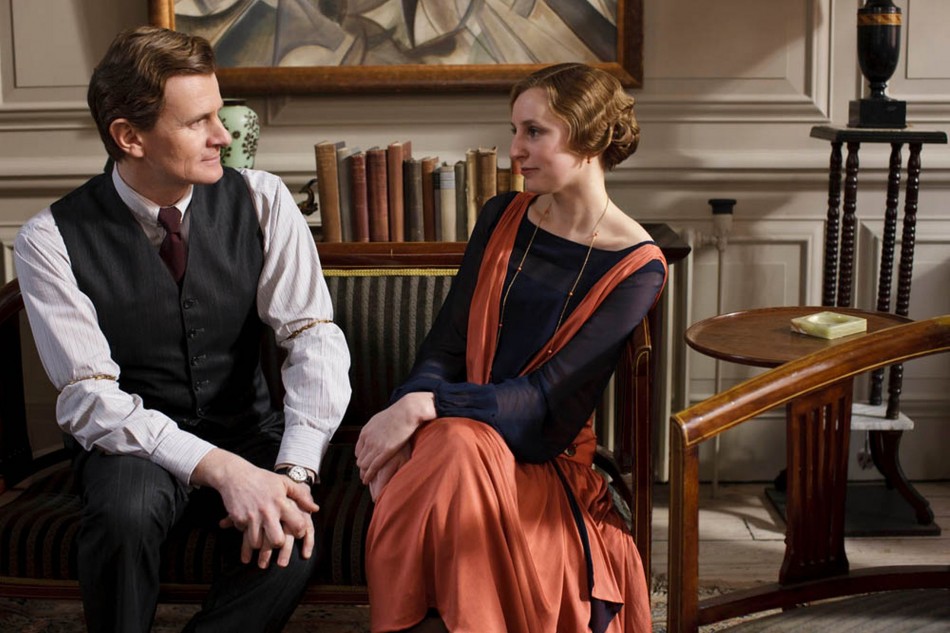 Lady Edith and her lover; seems Edith wants to show him off to her family but he is not at all too keen on the idea…I don’t trust him. Whilst his intentions seem honourable it feels rather unrealistic that he and Edith go to Germany, the most hated country of the time. Its all so nice and romantic but deeply unrealistic and his hesitance to meet with her family is a peep into what may lie ahead for them. Or maybe that’s just me being cynical but it is Downton Abbey where love hardly brings with it lasting joy. No?

The Dowager continues with her meddling, insisting Mary get more involved in the running of Dowton and comes up with a plan for Tom to take her around and get her educated on the troubles of the estate. I rather like how she gets underfoot of her son, its  nice to have her around to make him know she knows exactly just what his intentions are, but on a side note its odd that The Dowager has suddenly become the champion of feminism when only a few episodes back she doggedly was against Lady Sybill having an opinion and was of the opinion that a woman’s place is where a man tells her to be. What has changed?

The love of Mr Bates and Anne blossom so lovingly that I cannot help but feel they too are destined for an episode of pain. Thankfully Downton Abbey is not one to drag out the whole drama, in time we too will know.

Winning moment; when Lady Mary disagrees with her father’s idea that selling land to pay tax will be the way forward. “I don’t agree.’ She says and the look on Lord Grantham’s face is priceless.