Phew! I’m back. Thanks for not making a mess whilst I was away although I did get some noise complaints from management but hey ho. So Fashion Week has officially come to an end and with it the usual pandemonium and stress. I won’t be doing show round ups simply because its all been hashed out by style, WWD, etc and for the most part I missed London (which makes me unpatriotic I know) all of Milan, and Paris bar Dior) Besides it felt like the Europeans were not feeling technology much as there were hardly any livestreams. But no matter, we still have to talk about the things we noticed as the weeks rolled by, the good, bad ugly and cantankerous…

Its gotten too big, too much and too loud. The shows are more like Carnivals and they have lost their intimacy, especially in New York, here’s looking at you Marc Jacobs, Michael Kors et al, that can host round about 500 guests or more. Then there was the Rebecca Minkoff dual showing with presenters and hosts or whatever the hell that was. It was a little overwhelming and exhausting to watch I can’t imagine being there. The muchness takes away from the designer AND THE CLOTHES which is essentially what we are here to look at. I applaud how designers are embracing the digital age with livestreams and social media, but the physical production and the grandiose of it all just makes it look like one epic big bang and nothing more. Its time to inject some intimacy into this. 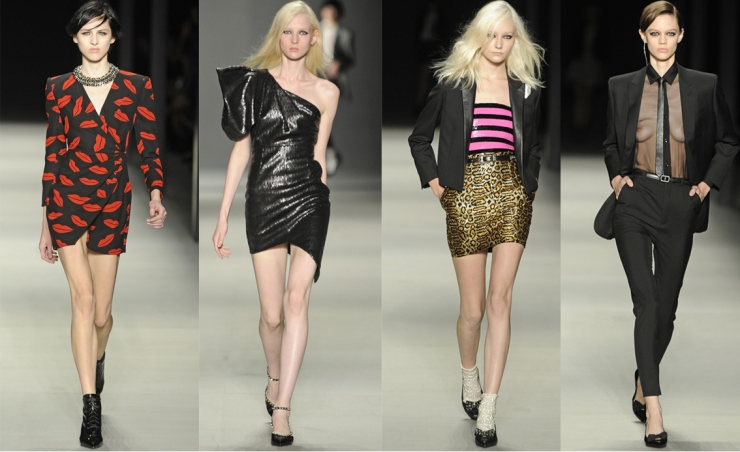 Again I am convinced that this guy is a hack. There is nothing, absolutely nothing, genius about anything he has done since his appointment at the iconic house, matter of fact he has done everything to strip it of its iconic status. He is intent on living out some rockstar groupie fantasy with his, I’m with the band collections. He has pitched the brand firmly to the it-girls and it couldnt be worse than that. YSL was never an it girl brand, it was a brand of utter Parisian, high fashion sophistication. Sometimes a little dull other times a little grand doyenne, but one thing you cannot deny was the element of class. Class it now lacks. Hedi Slimane is a hack. No one could’ve said it better than Robin Givhan. It was all very tacky and déclassé. Judging by the front row celebrity guest,wannabe rocker and rap stars and children of a particular generation that call themselves “cool”, class wasn’t necessarily something he was after, it was more like popularity. This was all just a big mess, One tacky big mess. As my friend Tyler alluded, Stefano must get drunk off his rockers with every Slimane for Saint Laurent collection.

Its a fact and a shame that we are still talking about this in 2013 and that there are designers out there who refuse to use black models on the runway. I highlighted that in the Jenny Packham show but there were several others who didn’t use black models and quite frankly it grates on the nerves that there is still such an ignorance out there. Desginers blame the agencies who don’t send them black models, agencies blame designers who have a quota on black models…its a game of fashion ping pong passing the buck and quote frankly its tired and boring and disgraceful.

4. Fashion is a Business. 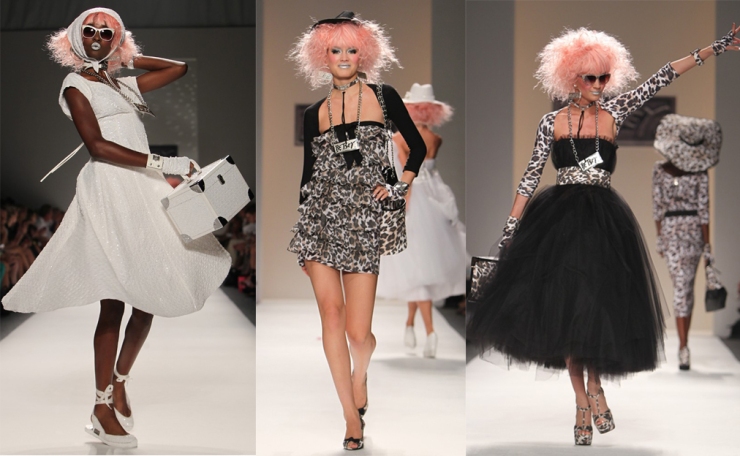 Yes, its clothes, shoes, handbags, accessories the works and the shows are grand and small and impacting and confusing, in many ways but I do think some designers are missing the business aspect of the industry. I was thinking that during Betsy Johnson’s show. Yes it was fun and the usual spunk but I couldn’t help but think there was something missing. It was all too much, when isn’t a Betsey Johnson show too much I know, but the pink wig and accessories and chains and bags…it took away from the collection, then again it was unsurprising its Betsey Johnson, but you know, I kinda think we’re over the whole cliche, sometimes simple would be a good way to go.

Rick Owens became a talking point for the most part of the month and he’ll be a reference point in fashion history because he turned the game on its head with his step dance show. I don’t know that the clothes were a focal point as was the message beyond the show as we watched women like us step dance with fierceness, the message that fashion is and should be all embracing. He was deconstructing the clichés of an industry that has banked on specific labels to create an exclusionary code. What Rick Owens recognised in his show is that we are no all tall and skinny like the models on the runway and the clothes we wear should suit our lifestyles, and inform identities without overwhelming the person. And for that moment alone, for that reason alone it felt like finally fashion was getting the point.

Christopher Kane was one the of few spectacular shows in during LFW and one could argue besides his talent it is largely down to his new backers, the silhouette, the look and feel was more expensive and slick. LVMH purchased minority stocks in JW Anderson and appointed the young Brit designer to head Loewe, a brand that has slowly become stalemate. Its all good, but I hope its about the talent and not dollar signs. Whilst that will always be the bottom line, I hope we see a little more care for these young talents filling big shoes. Let us not forget that first and foremost they are human beings too, amongst the most sensitive kind. 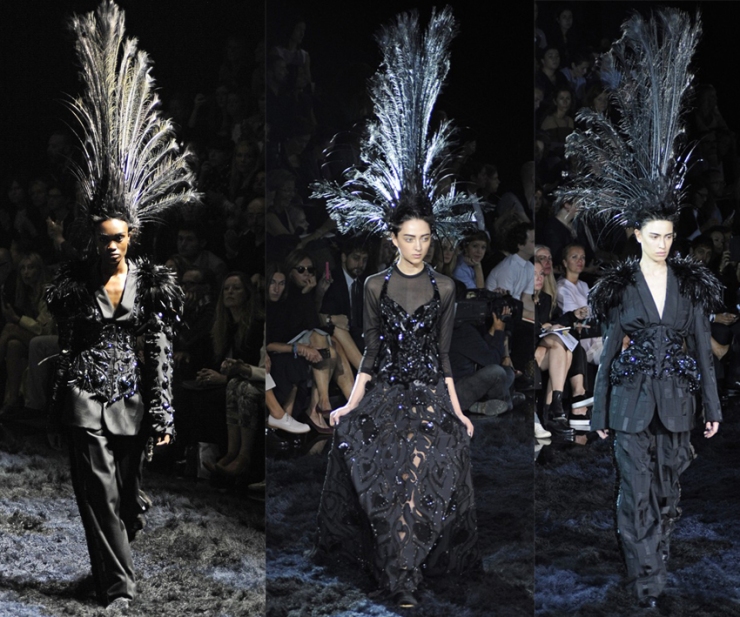 Marc Jacobs took a final bow in a specatacular show for Louis Vuitton with a look back at some of his most memorable moments at the house. It was as melancholic as it was beautiful and a damn fine swan song. He celebrated the showgirls in all of us, with a dark and harrowingly beautiful collection. There were enormous head pieces, biker jackets, luxurious textures, cut outs, feathers, all done in dark shades that added to the sombre feel. It was all very showy but there was an overall tastefulness to it, glamourous panache if you will. This was a show that came from the heart of Marc, a most befitting farewell to a beloved city.

London | Paula Rego: A Retrospective
Me looking out for the Northern lights and not seeing a thing. Not even Orion’s Belt!
It’s the cooler months and winter is quickly coming. We need warmth in our bodies. Soups and stews. We also do not want to spend morning to night in the kitchen.
The textures of Autumn.
Sunday.
Be home before the street lights come on.
Loading Comments...
%d bloggers like this: