I started writing this post at 3am London time on the 20th of April, I’d been up since 10am on the 19th, glued to multiple screens watching the manhunt for the Boston Bomber unfold. And as I watched the London marathon today I’m reminded of the fear that engulfed Boston in the aftermath of the Bombings. Fear made even more palpable by the heightened security on alert. This was not my scheduled post, I had something completely different planned but as I watched the events in Boston, horrified by the havoc wreaked on this great city, it would have been ignorant of me to talk about clothes, handbags etc. as people lived in fear of a terrorists on the loose in their community.

Even more ignorant would have been to ignore it.

On the 15th of April 2013, two bombs went off at the Boston Marathon just as runners were making their way to the finish line. Three lives were lost; Martin Richard 8 years-old, Lu Lingzi 23 years-old and Krystle Campbell 29 years-old. More than 170 people were injured, some are still in critical condition and several families and friends are left in distraught. Newly wed couple Jessica and Patrick Downes lost a leg each. Martin Richard’s mother Denise suffered brain injuries and 7 year-old sister, Jane, lost a leg. Police officers, Sean Collier 26 years-old was shot and killed by the Boston Bombers and Richard Donahue is in critical condition. I urge you to pray for them and their families. The mile marker hanging at the 26th mile of the Boston marathon had a seal of Newtown with 26 stars around it, in dedication to the 26 lives lost in the shooting massacre at Sandy Hook Elementary School in December of 2012. A team called the Newtown Strong was running the marathon with each mile dedicated to a life lost in the shootings and each phase of the race began with 26 seconds of silence in honour of the 26 lives.

This was an atrocious attack. 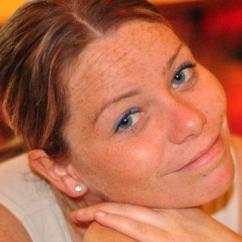 Tamerlan Tsarnaev 26 years-old and his brother Dzhokhar Tsarnaev 19 years-old were the bombers. So far we know of no reason behind their motive or the trigger for their actions. We have heard conflicting statements from family members as to their characters and contrary reports from friends and classmates who have expressed shock at the actions of these two young men, especially Dzhokhar Tsarnaev. Tamerlan Tsarnaev was killed in a shoot out with the police in the early hours of the 19th of April and Dzhokhar was captured alive but is in critical condition and receiving treatment at Beth Israel Deaconess Medical Centre in Boston. Classmates of Dzhokhar describe him as “kind” “friendly” “intelligent” some still struggle to comprehend that he would carry out such atrocious acts. He was a wrestling team captain and an honour student at the Cambridge Rindge and Latin School and until the time of his arrest was enrolled in University of Massachusetts, Dartmouth studying Marine Biology. Tamerlan Tsarnaev, husband and father to a 3yr old daughter, was the more unstable of the two. He dropped out of Bunker Hill Community College, in 2009 he was charged with domestic violence, and was questioned by the FBI in 2011 over concerns flagged by the Russian Government that he was a follower of “radical Islam” but the Bureau did not find him wanting. He was, however, an accomplished amateur boxer with hopes of becoming a part of the US Olympic team. Natives of Chechnya, they were born in Kyrgyzstan and lived in Dagestan before successfully gaining asylum in the US.

There are no words to describe the shock that engulfed the world as we watched from all corners, it harked back to atorciites past; 9/11, 7/7, the Mumbai bombings etc. Most of Boston was put on lock down with citizens asked to take shelter in place, as the manhunt for Dhzokhar Tsarnaev went underway in Watertown, whilst neighbouring towns remained on very high alert. Businesses closed down, transportation was mostly grounded and the world watched paralysed with fear.

Now we need to know why.

This was not only an act of terrorism against America but against the world, because people from all works of life, all corners of the world run the Boston marathon mostly in the name of charity. And whilst we may never fully understand the why, in order to forgive, or the how, we keep the dead and the victims in our prayers as we try move forward from this.

To the men and the women who put their lives at risk to protect and serve, thank you seems wholly insufficient, a token from the bottom of our hearts, but a million times thanks.

This video captures the moments the defined the past week in Boston.

Boston, the world stands with you. Stay strong. God Bless.