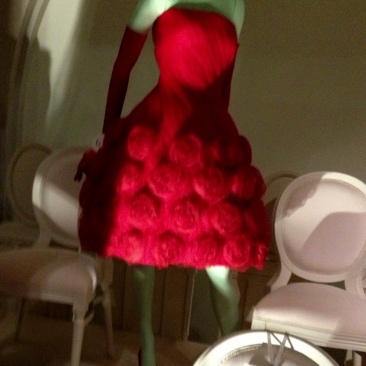 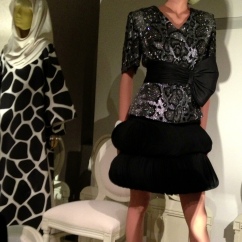 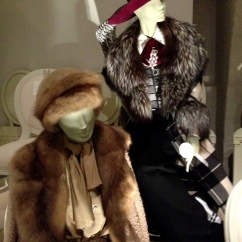 I’ve just rekindled my romance with Somerset House, the hallowed grounds of London Fashion Week. It’s one of the most beautiful places in London with its vast grounds and nooks and crannies of intertwining buildings and the very large bare square where the tents will be erected for the fashion week onslaught. Somerset house is also home to some pretty damn cool exhibitions; Tim Walker Story Teller, which just wrapped and the current Valentino Master of Couture exhibition which I insist you must visit.

Its a romance story of the sorts.

Split and spaced into three parts, the beginning takes us into Valentino’s personal archives, an emotional stroll through his eyes, with hand written letters, photographs and cards from famous and infamous; a photo of the Late Princess Diana with the young princes, a Christmas card from Prince Charles, a photo of Elizabeth Taylor in one of his gowns, magazines covers, etc. In the same room is a walled history of some poignant moments in the designer’s life; his arrival in Paris, Elizabeth Taylor’s famous toga dress, Jacqueline Kennedy’s wedding dress, his final appearance as couturier in 2008… Proceed upstairs to the gallery style exhibition of over 130 couture pieces worn by some of the most iconic and stylish women of our time. In the concluding part of the exhibition, on the other side of the room, downstairs, is the sole display of Princess Marie Chantal of Greece’s hand stitched wedding gown, showing off the painstaking detail that went into creating it, and no question, the long man hours. In another alcove a series of short films takes us behind the scenes where we see the intricate work that goes into creating some of Valentino’s signature techniques; paging, rosette making etc. Its as exhausting as one would imagine, seeing it on the runway. A virtual exhibition shows us some more gowns that have had definitive moments in fashion.

And this above all we know is true; Valentino does the BEST REDS. FACT.

check out the video…

Go see it, you will not regret it.

Sunday. Stepping out in gold kicks.
Dusk to Dawn.
Moments at home.
Guys!! Guys!! We are getting the hell out of inside!!!
Spring!
Lisbon. Today I’m day dreaming about an open world. Getting on a plane again.
Loading Comments...
Comment
×